Norway’s Blues Queen Rita Engedalen is back with her new album, “Sun Will Come”.

The new album “Sun Will Come” will be released at Notodden Blues Festival August 5th 2022.

She is described as an artist owning a most unique presence. She often strikes the listener’s soul with her honest lyrics, strong melodies combined with her powerful and sensitive vocal.

“Sun Will Come” is a strong blues recording containing a wider musical horizon than her previous releases.

The style is directly inspired by music from the American South states. A solid mix of American Blues, Gospel, Roots Music and Hill-Country Music, Rock, and Norwegian Folk Music.

The album contains current and personal lyrics, and the first cut ” Let´s Go Down and Pray” which acoustically performed by guitarist Morten Omlid and Rita Engedalen creates a magical allusion of folk music, while at the same time as they are clearly within the concept of blues.

The song “Sun Will Come” brings the listener back to the original acoustic blues. “Sunshine Devil” is a rock-song where Rita and the band raises the temperature as audiences have learned to love during her live performances.

On this recording Engedalen interprets Jessie Mae Hemphill’s “Black Cat Bone”. During her first pilgrimage to the Mississippi, Rita met this Hill-Countryblues legend who is one of her great inspirations. A natural chemistry and a close friendship developed between the two blues performers. In “Black Cat Bone” Rita is joined by Mattis Kleppen and Daniel Eriksen, both known for their unique and expressive styles in folk music and in the blues.

The album is defined by a talented band which has performed together for a long time and with appearances of skilled guest musicians that give the album its own dispersion of colors.

Musicians on Sun Will Come:

All songs are recorded in the Juke Joint studio in Notodden, but the new version Colors in Rain is recorded in Studio Paradiso in Oslo and is an acapella with Margit Bakken from Women in Blues, and the folk musician Tuva Syvertsen. The song is a tribute to some of the important African American blues women who fought for their freedom such as Billie Holiday and Ma Rainey.

The album “Sun Will Come” is Rita’s seventh album, and is produced by the blues queen herself, together with co-producer Bård Gunnar Moe. The album is released by Bluestown Records in Notodden. 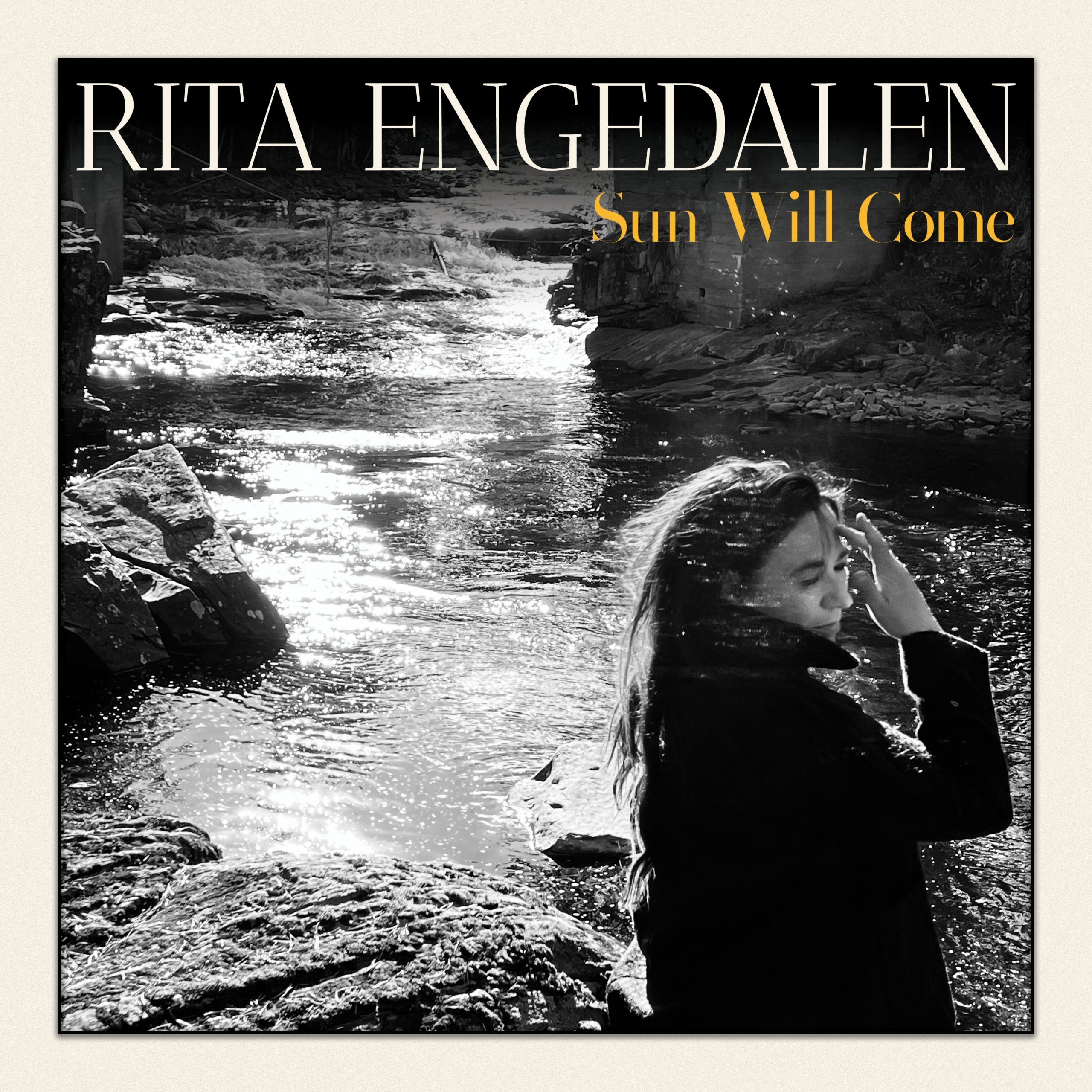 Rita Engedalen is one of the most high-profile female blues artists in Europe.
She has recently concentrated on the important and popular project “Women In Blues”, but now Rita is focusing on her solo career and her new album “Sun Will Come”.
Rita Engedalen debuted as a blues artist on record in 2004 with the album «Hear My Song». She has recorded six albums under her own name and has a remarkable and award-winning career. She received the Norwegian Grammy Prize for the album “Heaven Aint Ready For Me Yet” in 2006, and awarded the Notodden Blues Festival’s Blues Prize in 2010.
Rita Engedalen has an international audience and won the European Blues Challenge in Berlin in 2012.
In 2016 Engedalen became one of the few Norwegian artists who has headlined Sunflower River Gospel festival in Clarksdale.
Rita’s influences are mostly American folk music from districts and areas not very familiar to the mainstream audiences.
Dusty roads, back and forth from the Appalachian Mountains to the Mississippi Delta are areas she travels musically.
Her intense nerve, her strong and rich voice mixed with deeply rooted soul form her personal musical expression.
Many songs rooted in Rita’s musical landscape are often formed upon a simple, repetitive chord progression with intensely felt emotions and the raw power of trance. Making songs in these musical terms is for Rita very natural; she’s actually a natural born master.
Rita is a full range artist, both on CD and as a live performer. The combination of natural talent, a beautiful voice, solid song writing skills, original music and her outstanding musicians makes Rita’s live shows to amazing experiences!

Rita Engedalen is Norway’s definitive Blues Queen and one of the most profound female blues artists in Europe.

Rita has now making her solo-album number seven, who is about to be released August 5th at Notodden Bluesfestival 2022 .

Engedalen debuted as a blues performer with the 2004 recording of her album “Hear My Song”.

She has since recorded five albums under her own name while receiving the Norwegian Grammy for her blues album “Heaven Aint Ready For Me Yet” in 2006.

Rita Engedalen has an international audience and she was the winner of the European Blues Challenge in Berlin in 2012.

The music: The style, directly inspired by music from the American South states.

Rita’s songs are original material she has written  and which she performs in a distinctive and personal style.

You can Pre-Save the album “Sun Will Come” by using this link: 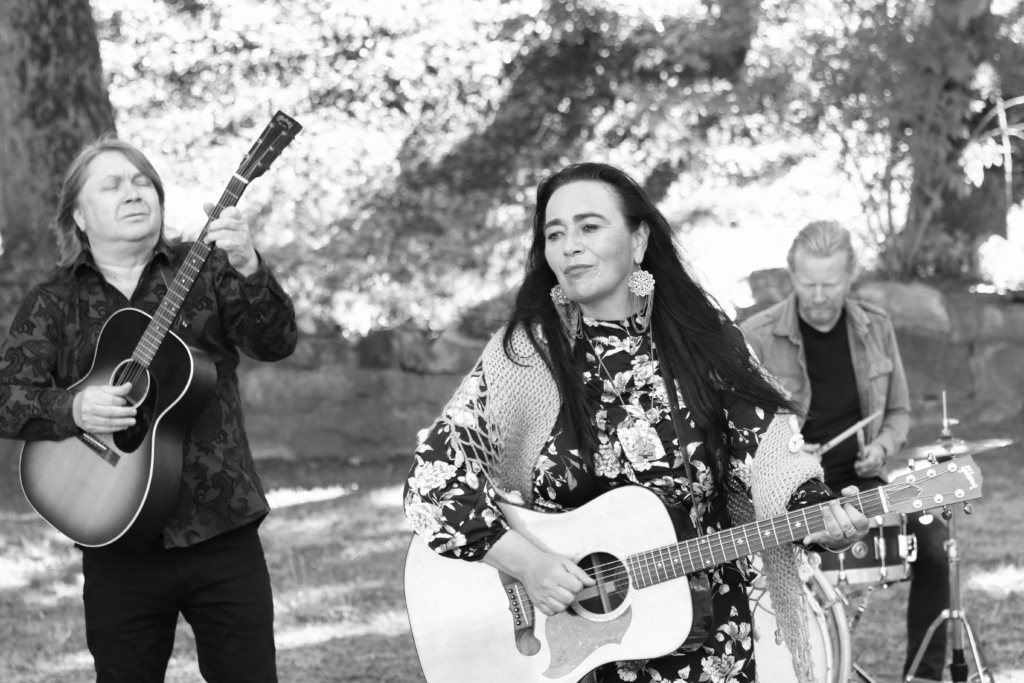